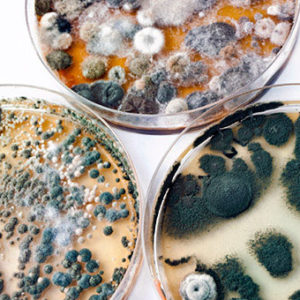 Molds produce irritating substances that may act as allergy causing substances (allergens) in sensitive individuals. Furthermore, some produce toxic substances known as mycotoxins, and by itself is not poisonous or toxic. The term “toxic mold,” therefore, refers to the fact that certain kinds can produce mycotoxins. The conditions under which some spore produce toxins is not understood, and the presence of mold, even a type that is capable of producing toxins, does not always imply that toxins are being produced or that a health risk or problem is present. Mold may not cause any health problems, or it may lead to allergy or other symptoms in people, including adults and children, who are sensitive to them.

What are signs and symptoms of mold allergy?

Allergic reactions to mold Exposure are the most common health effects and are therefore the greatest health risk. Allergic reactions may happen immediately or develop after a period following exposure.  Symptoms and signs of allergy may include

Mold / spores may cause asthma attacks in people who have asthma and are allergic to these spores. Even in some nonallergic individuals, they can cause symptoms of irritation in the eyes, skin, and airways. For example, the “black mold” Stachybotrys, produces toxins known as mycotoxins that can cause irritation of the skin and airways in susceptible individuals.

Sometimes, people may develop severe reactions to mold exposure. Symptoms of severe reactions, which are uncommon, include fever and difficulty breathing. People with compromised immune systems or patients with chronic lung disease can develop serious infections of the lungs.

It is not possible to predict the degree of severity of the health risks associated with in the home exposure. Allergic individuals vary in their degree of susceptibility, and any symptoms and health risks also depend upon the extent and exact type of  that is present.

In 2004 guidelines update in 2009, the Institute of Medicine (IOM) reported there was sufficient evidence to link indoor exposure with upper respiratory tract symptoms, cough, and wheezing in otherwise healthy people, although the report stated that was no evidence that mold causes medical conditions like asthma, bronchitis, or other respiratory conditions. Mold also worsens asthma symptoms in people who have asthma. It is also reported to be linked to hypersensitivity pneumonitis in individuals susceptible to this immunologic condition. This uncommon disease is similar to pneumonia and can develop in susceptible individuals after brief or prolonged mold exposure, but there has been no conclusive evidence to prove this relationship.